4DODO per i Dome LED MSC

REAL TIME TEMPLATES   Templates are peculiar tools to manage and show on the whole dome images, videos and pictures folders in realtime, without prerender or precalculate time, they were created to manage every single pixel at the native resolution of the Dome LED in real time. Each template has is own placeholders and behaviour to manage user created media, giving the ability to the operator to edit it. We developed 33 Real Time Templates with 24K resolution  and 45 Still images with 24K resolution.

HARDWARE AND SOFTWARE INFRASTRUCTURE   N. 6 Mediaserver 4U by 4DODO with an overall 6 active outputs (4K) and 6 backup outputs (100% backup); DUAL Supervisor server to ingest and sync content and interfacing with the operator for redundancy with solid state NVME drives; over 100Gb/s bandwith to stream hi-res content to the playback server cluster; Smart backup system, with autodiagnose and self switching in case of hardware/software failure; Internal networked audio card for digital I/O multichannel (Dante Audio); Hybrid storage (local and networked) for maximum read speed and maximum reliability

REAL TIME ENGINE   At the heart of system pulses the real time engine, the software that manages every single pixel of the Dome LED 60 times a second, computating the whole surface of the Dome, what content display and where. The engine is designed with reliability as first requirement, to build resilient and scalable clusters of servers.

GUI – Graphical User Interface  A clean and easy interface built to give technicians the ability to operate on the dome effortlessy, the GUI can be reached from every PC, Laptop, tablet or smartphone connected to the ship network. Using the interface the operators are also able to manage the parameters of luminance, saturation, color and contast directly from the 4U mediaservers.

BROADCASTING   The server cluster is interfaced with the ship video broadcast system and the TV Studio, to manage realtime video stream and displaying it on the dome. The system has been redesigned through the various releases to uniform the latency and have a quicker interaction and reliable streaming, as happened during the Christening ceremony. 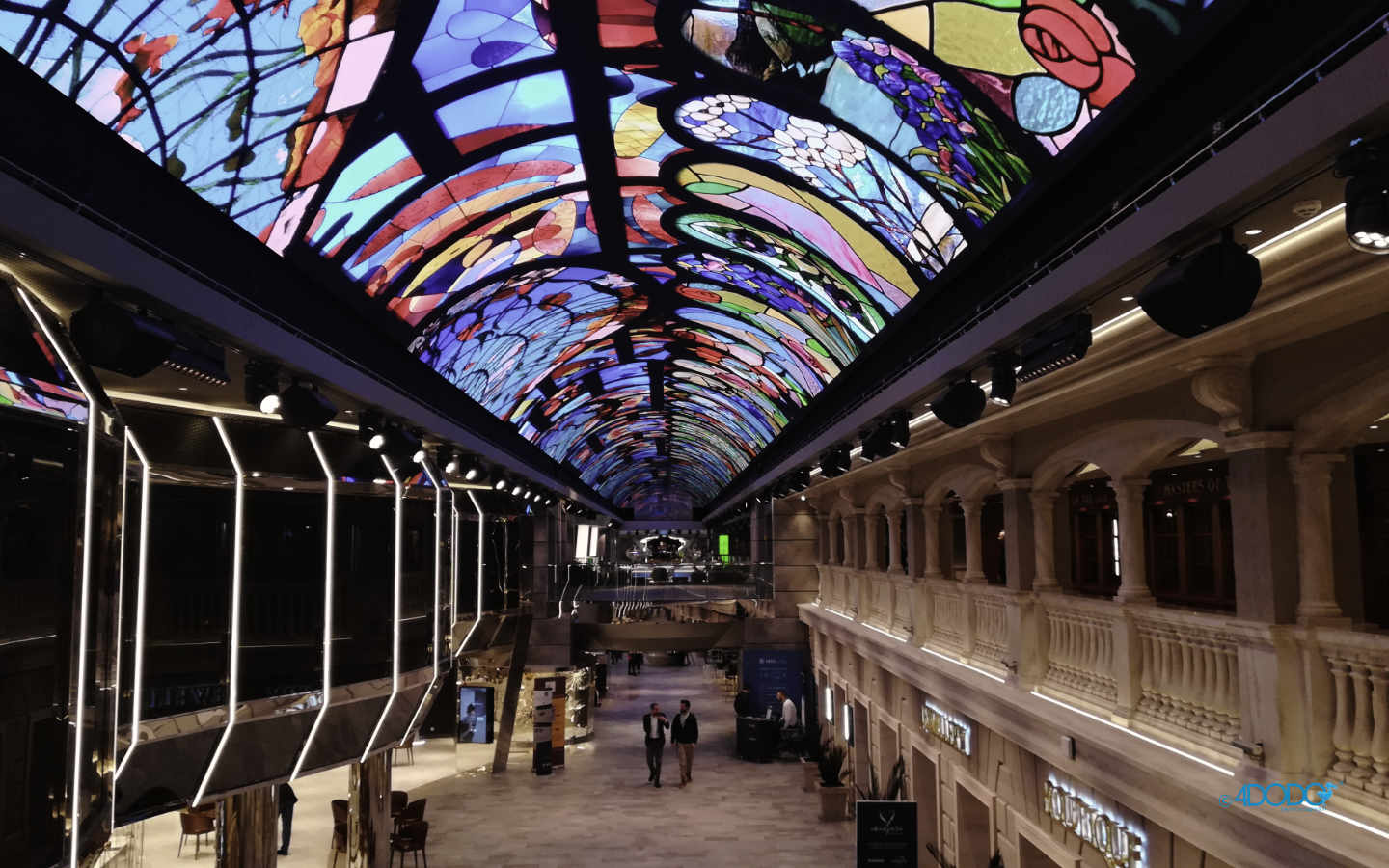 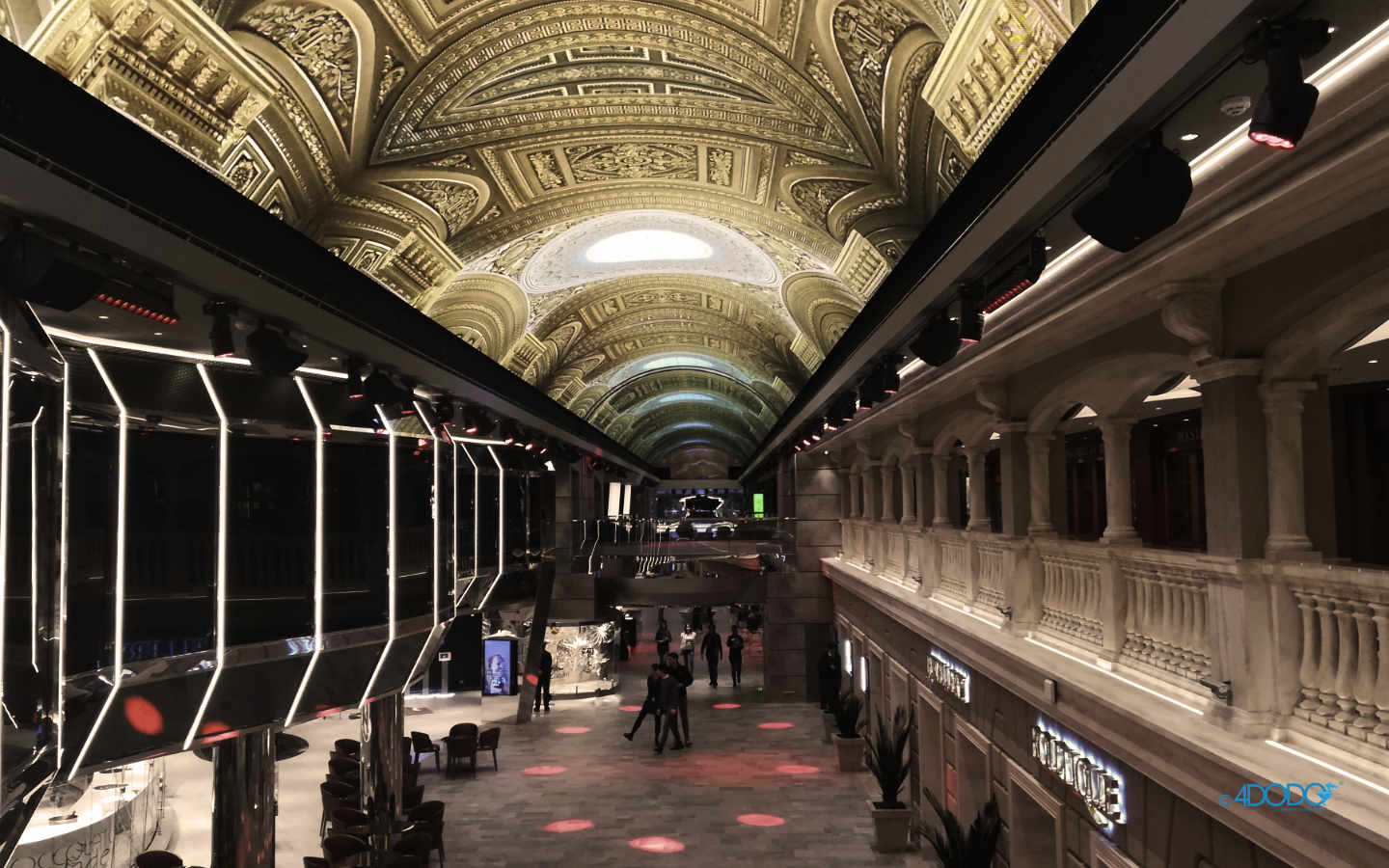 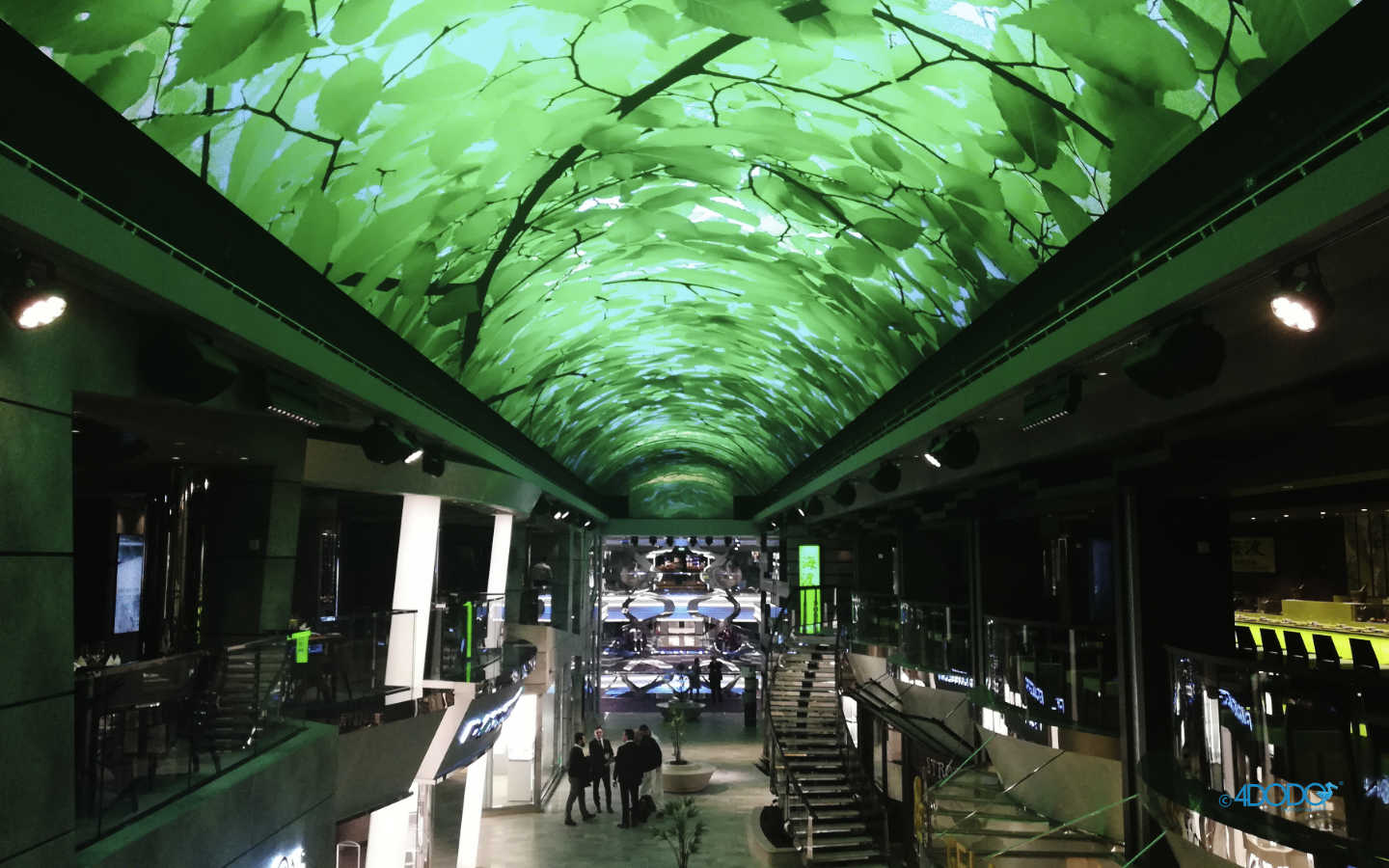 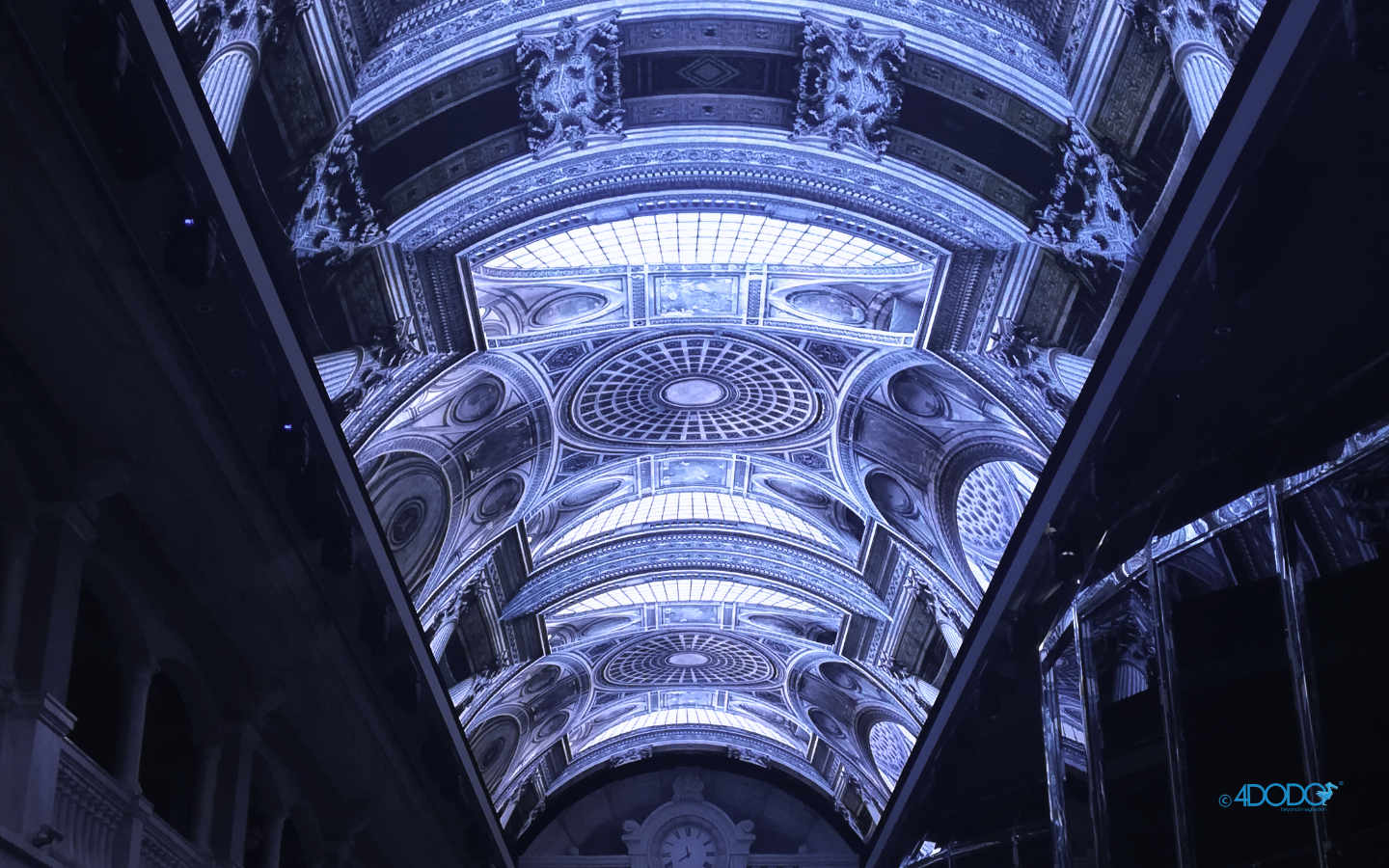 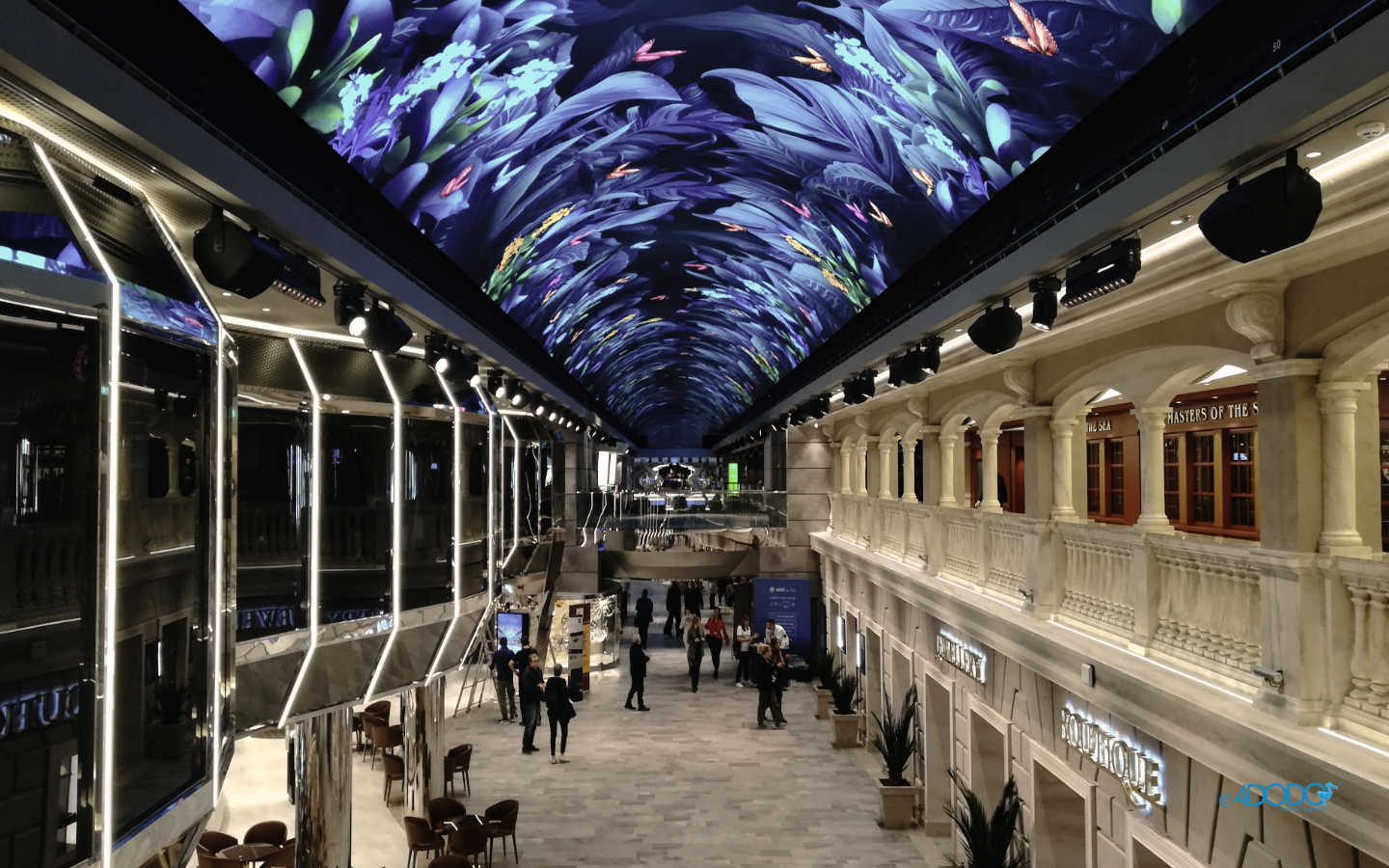 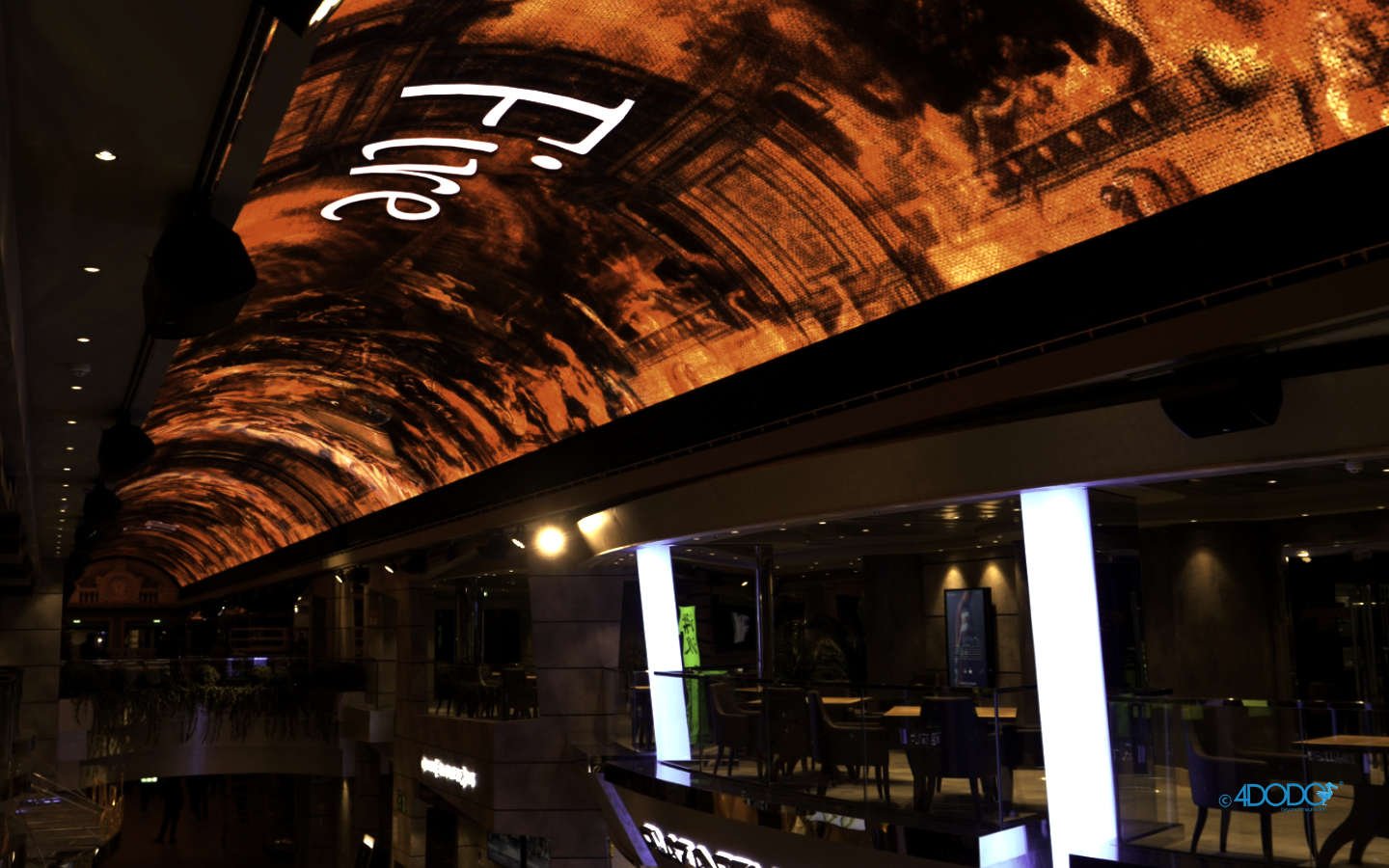 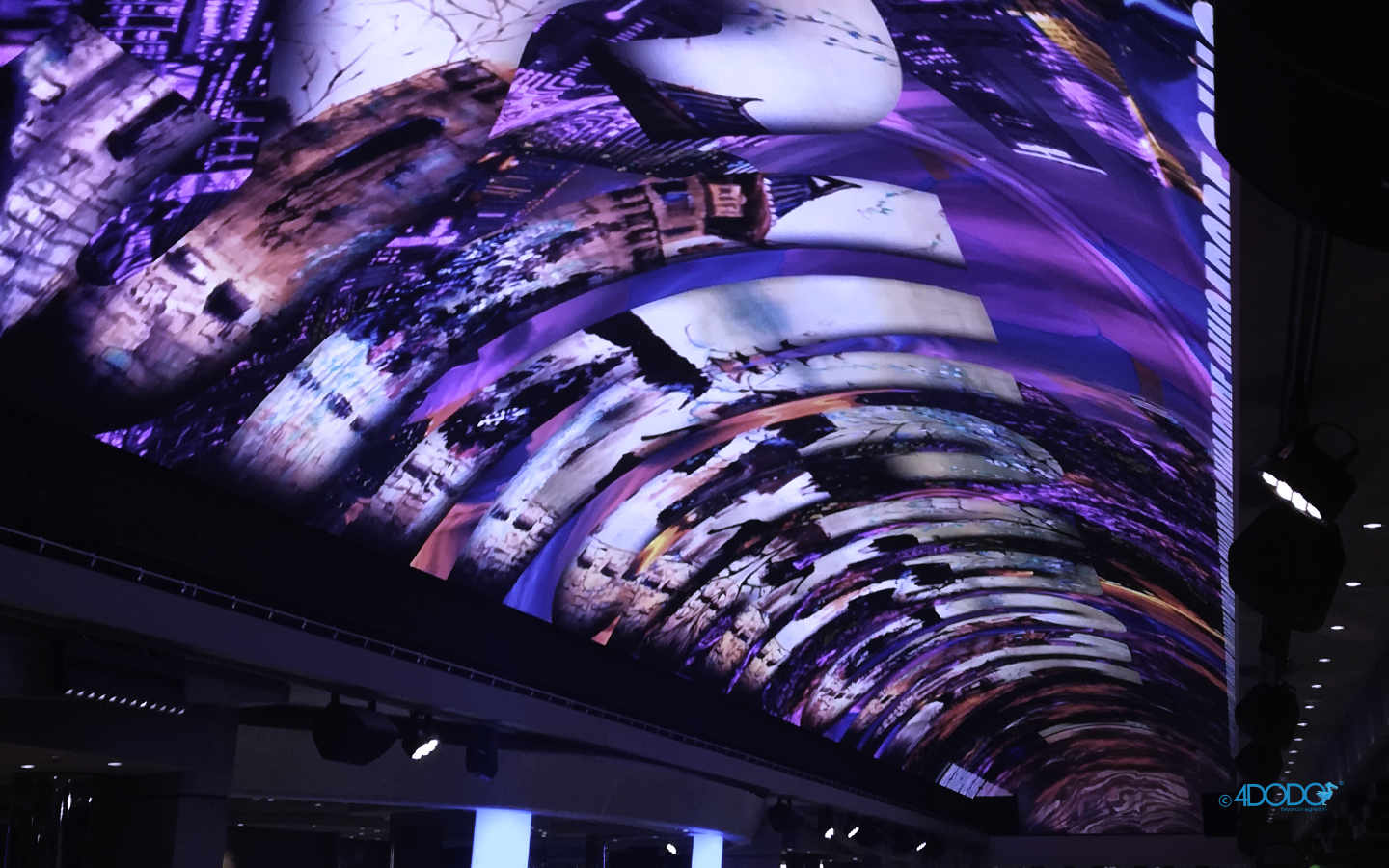 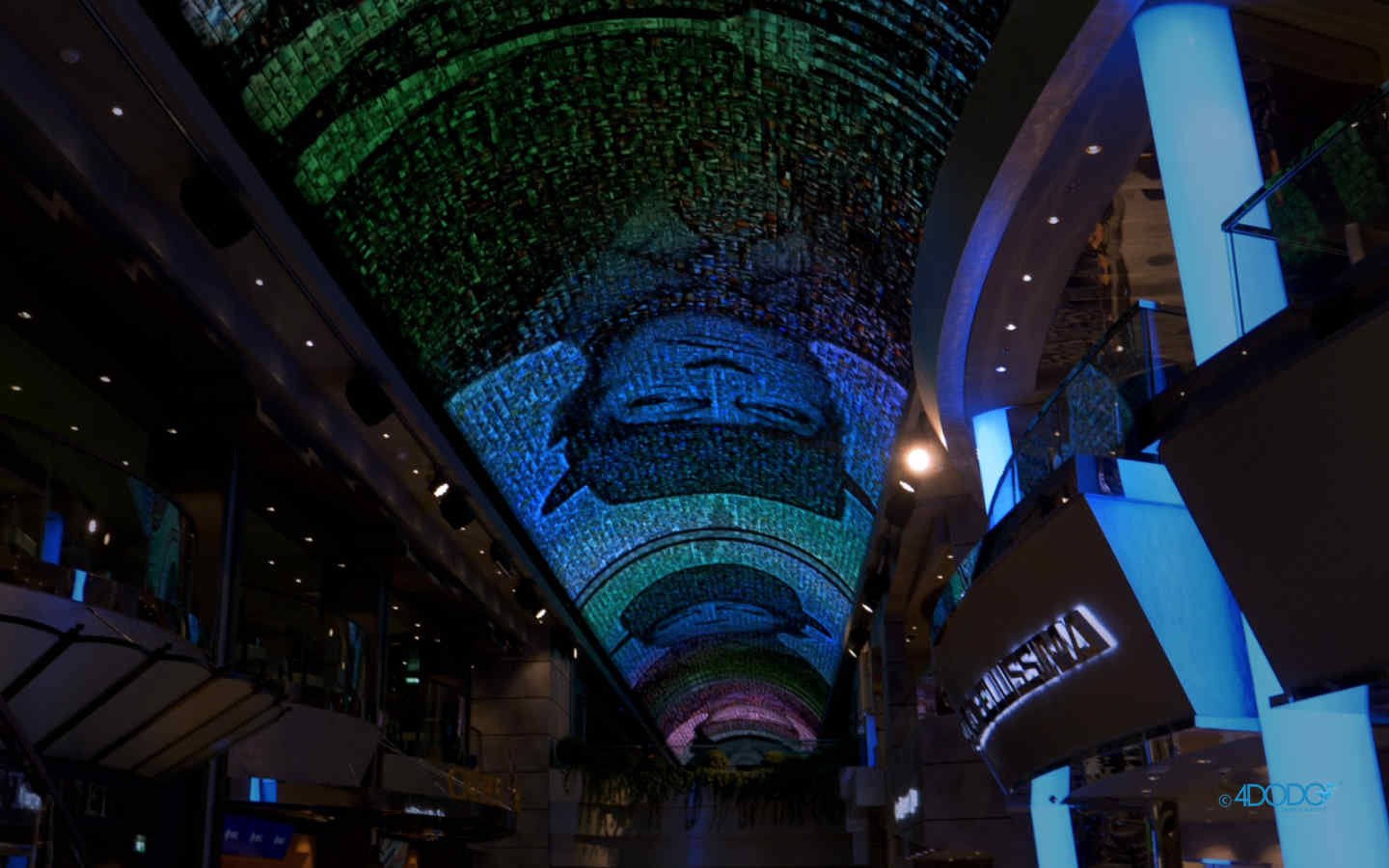 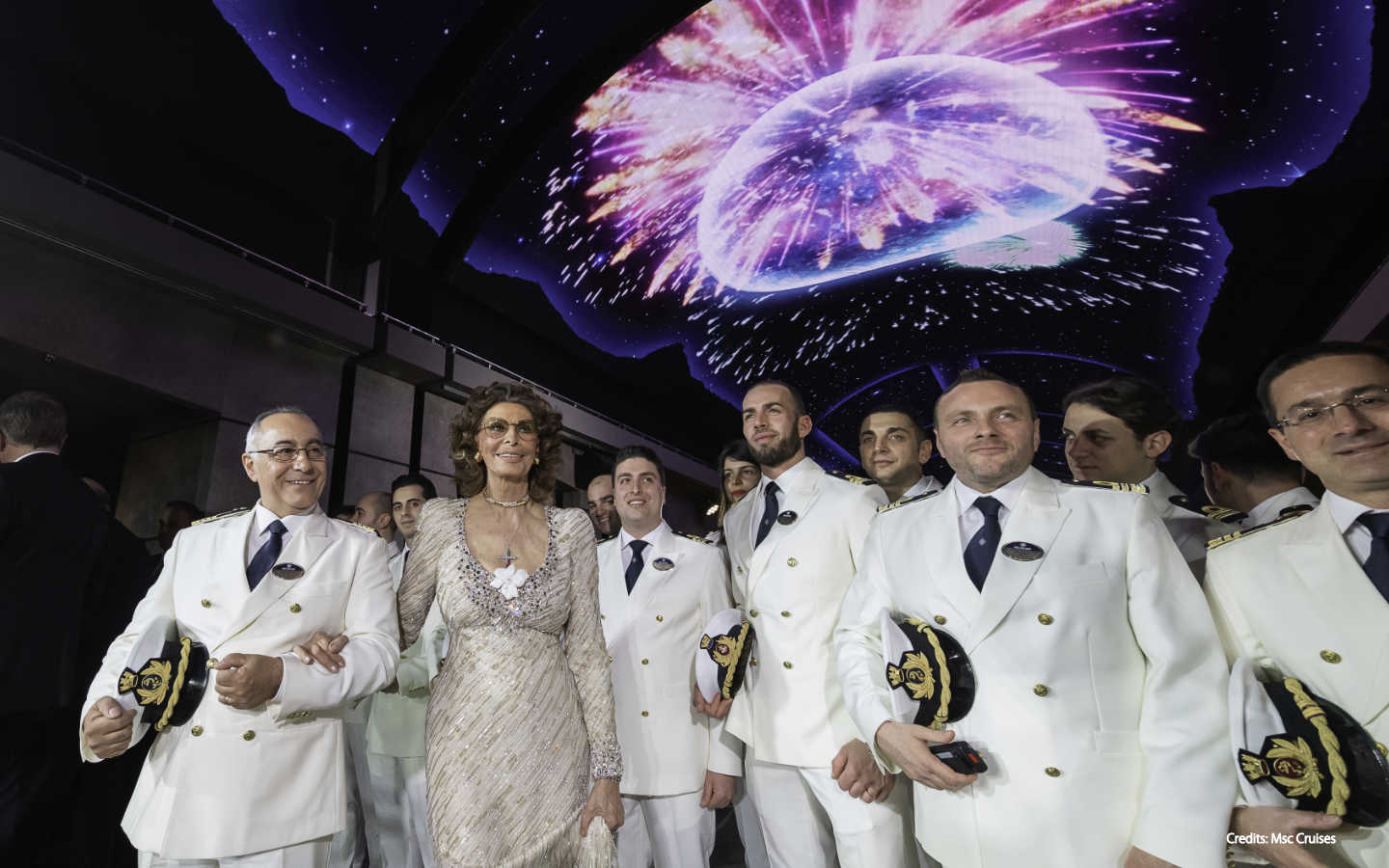 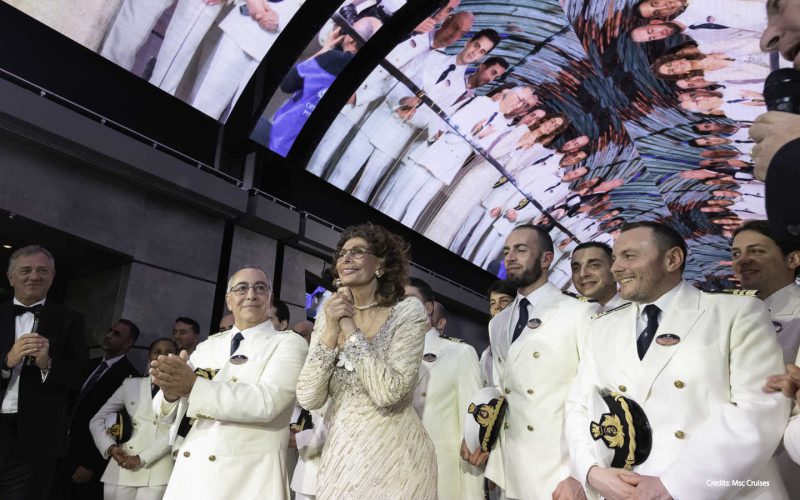 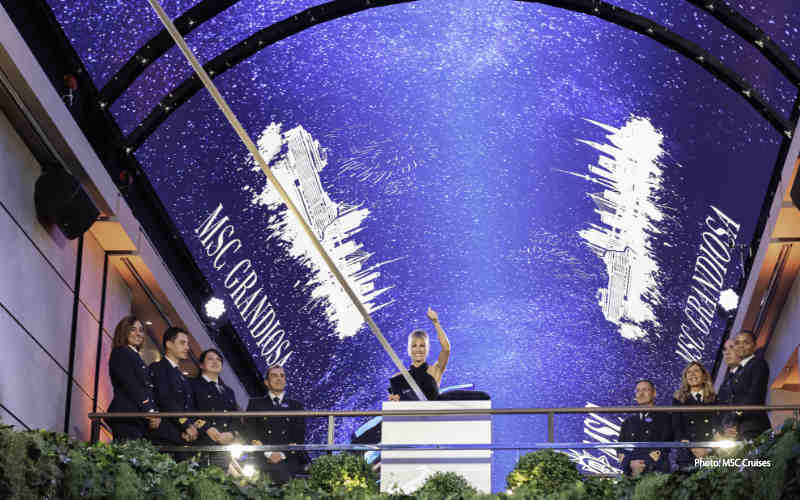 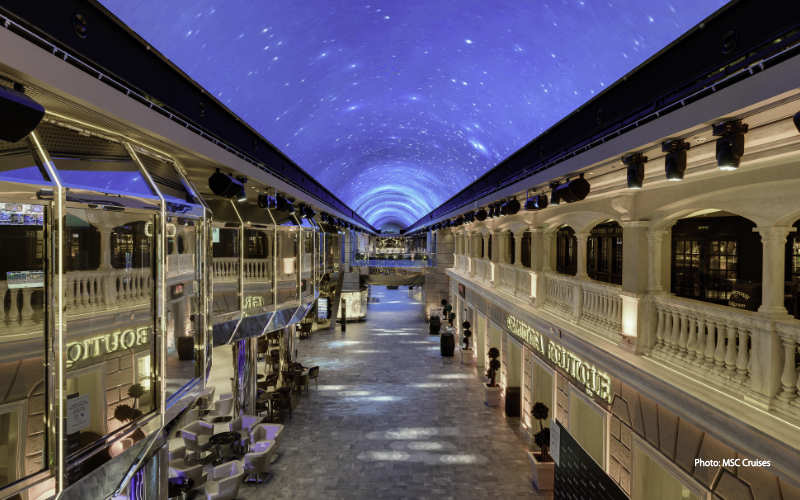 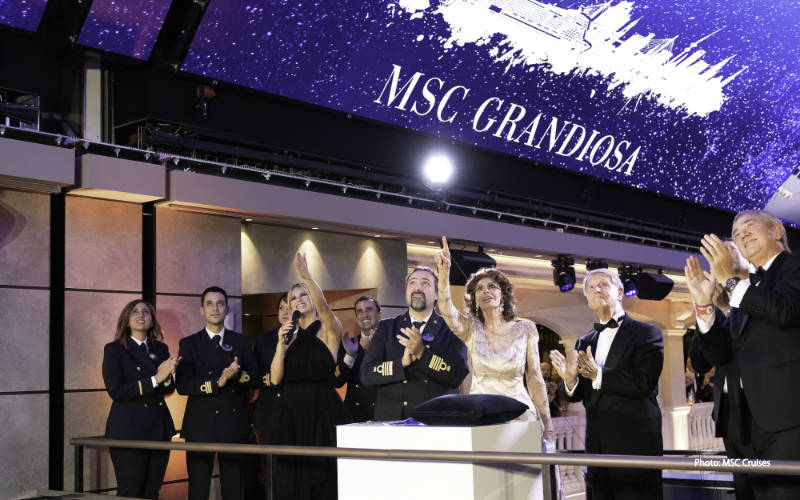 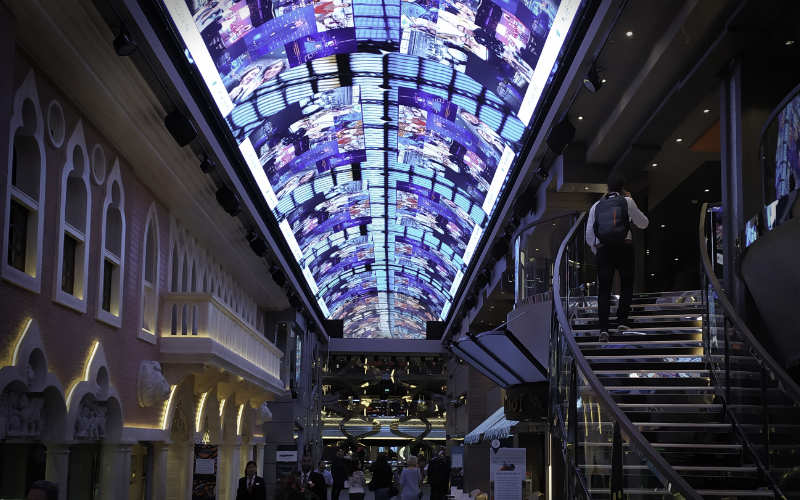 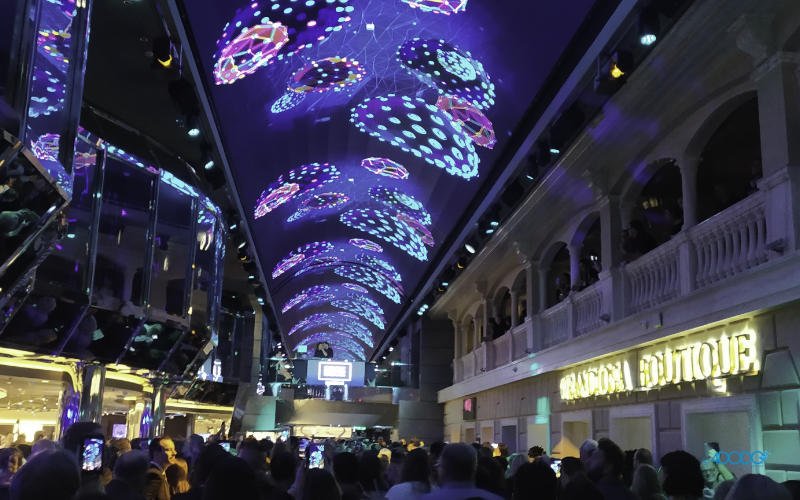 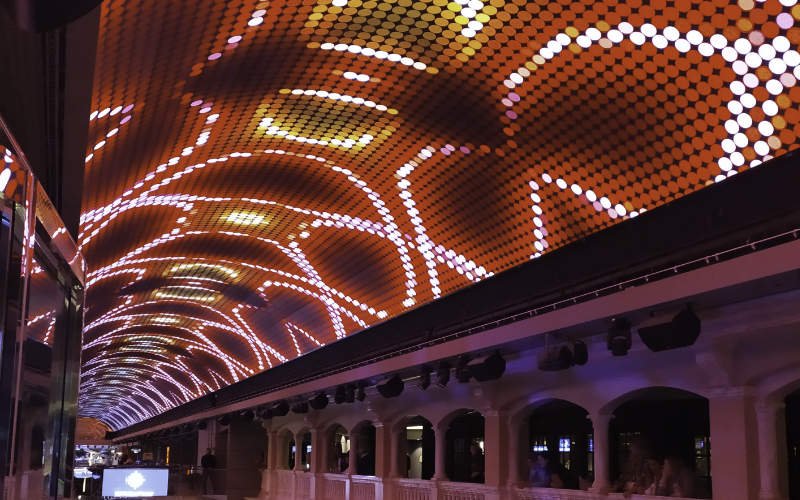 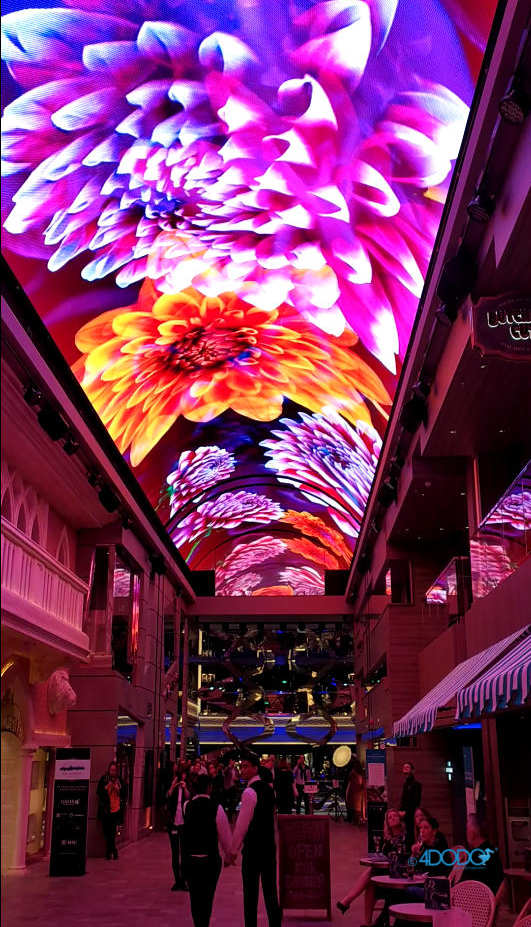 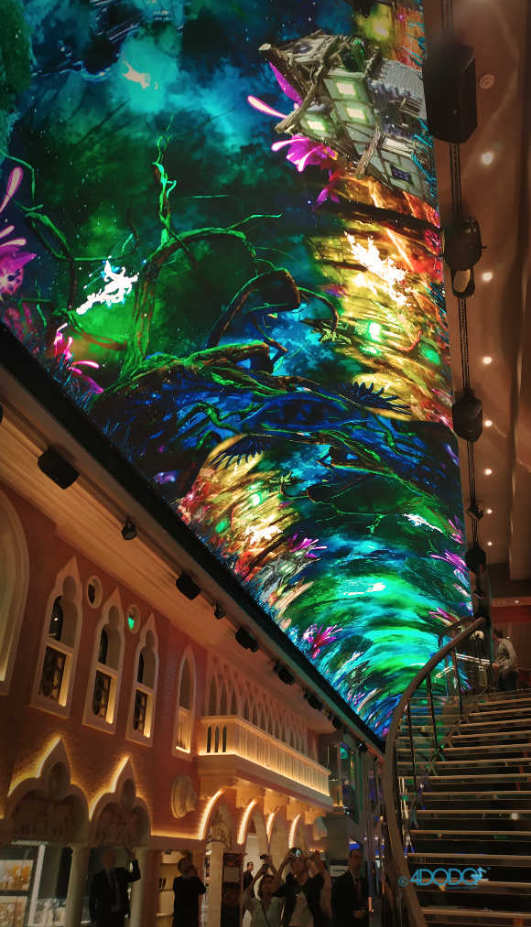 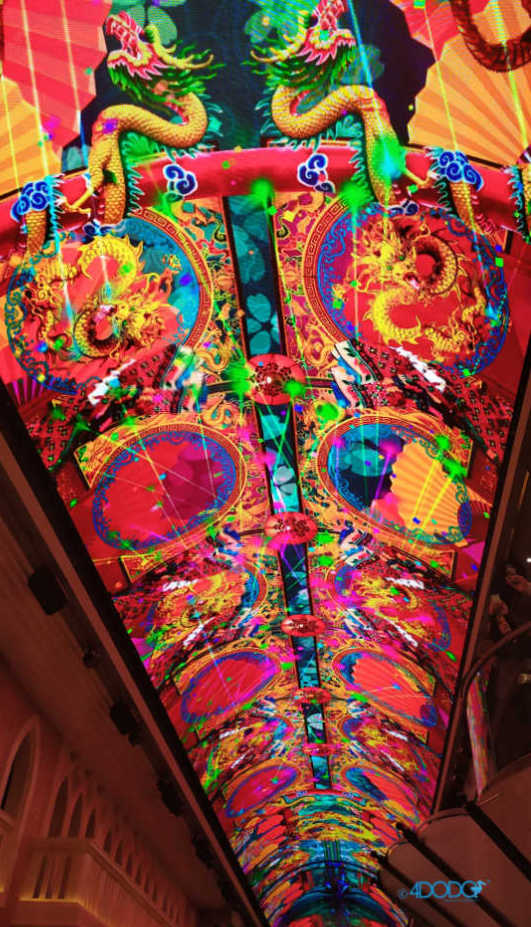 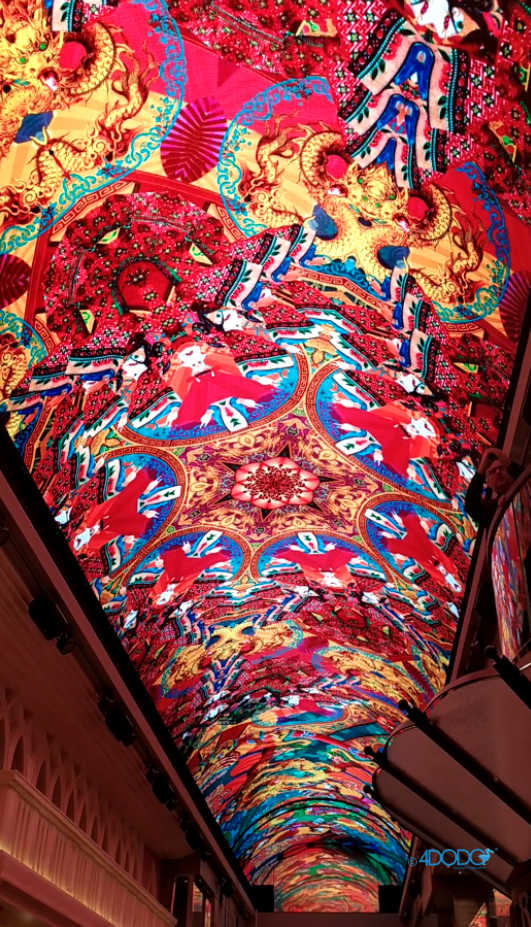 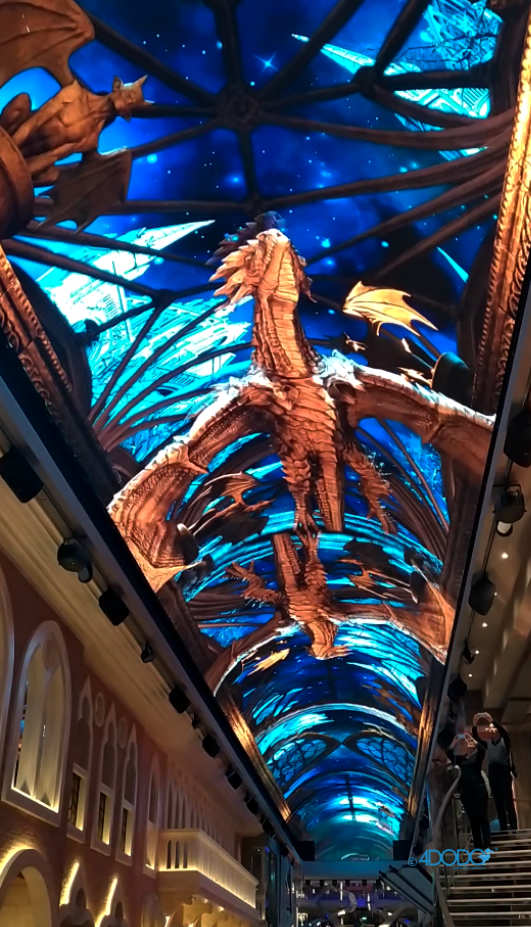 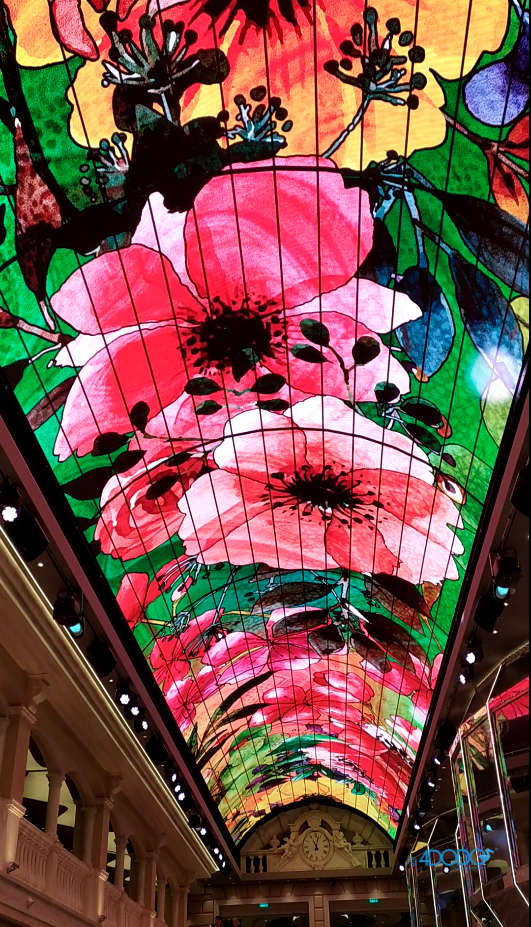 MSC Led wall Atrium
next
We use cookies on our website to give you the most relevant experience by remembering your preferences and repeat visits. By clicking “Accept All”, you consent to the use of ALL the cookies. However, you may visit "Cookie Settings" to provide a controlled consent.
Accept All Reject All Cookie SettingsRead More
Manage consent

This website uses cookies to improve your experience while you navigate through the website. Out of these, the cookies that are categorized as necessary are stored on your browser as they are essential for the working of basic functionalities of the website. We also use third-party cookies that help us analyze and understand how you use this website. These cookies will be stored in your browser only with your consent. You also have the option to opt-out of these cookies. But opting out of some of these cookies may affect your browsing experience.
Necessary Sempre abilitato
Necessary cookies are absolutely essential for the website to function properly. These cookies ensure basic functionalities and security features of the website, anonymously.
Functional
Functional cookies help to perform certain functionalities like sharing the content of the website on social media platforms, collect feedbacks, and other third-party features.
Performance
Performance cookies are used to understand and analyze the key performance indexes of the website which helps in delivering a better user experience for the visitors.
Analytics
Analytical cookies are used to understand how visitors interact with the website. These cookies help provide information on metrics the number of visitors, bounce rate, traffic source, etc.
Advertisement
Advertisement cookies are used to provide visitors with relevant ads and marketing campaigns. These cookies track visitors across websites and collect information to provide customized ads.
Others
Other uncategorized cookies are those that are being analyzed and have not been classified into a category as yet.
ACCETTA E SALVA
Powered by